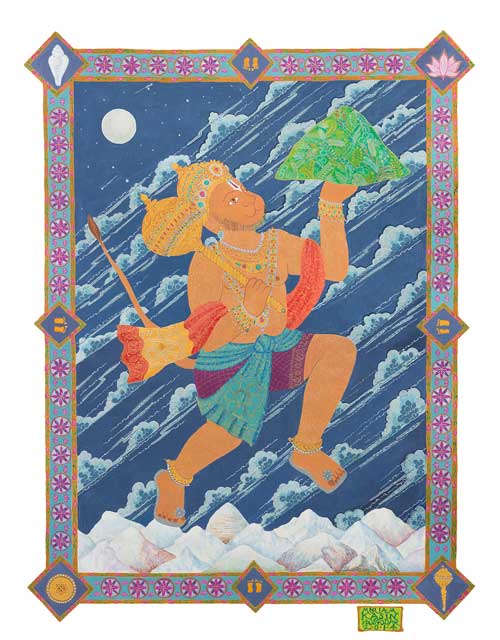 Hanuman embodies the qualities of service and devotion. He was devoted to Rama, the exiled prince who slayed a fierce demon who was oppressing the earth. Hanuman is the son of the wind god and a monkey, and is incredibly strong.

The painting depicts a story in which Rama’s brother was wounded in the battle with the demon’s army. The only thing that could save his life was a rare medicinal herb that grew on a remote mountain in the Himalayas. Hanuman quickly flew the long distance to the mountain. Unable to identify the herb, he picked up the entire mountain and carried it back to Rama and his brother. The image of Hanuman flying with the mountain exemplifies his great service and devotion.