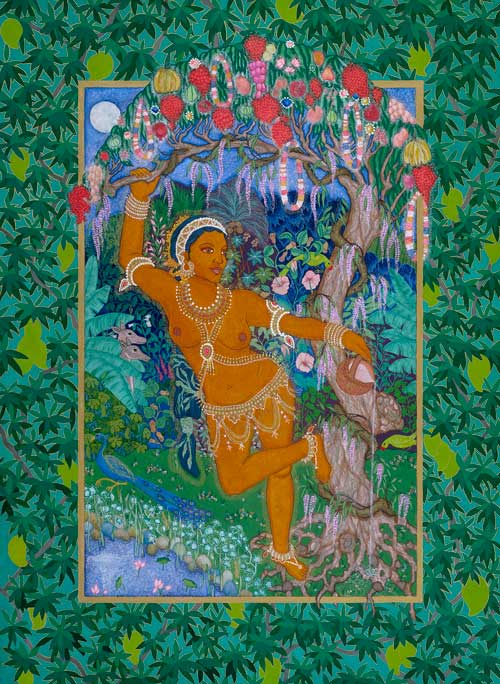 Yakshinis are deities who live in trees. They are ruled by Kubera, the lord of wealth, and grant great abundance to those who worship them. My yakshini lives under a wish-fulfilling tree like those described in the Puranas which grant the desires of all who make wishes under them. The tree is filled with flower garlands, gems and ayurvedic fruits. The yakshini is surrounded by a lush forest of twenty-seven medicinal herbs. I was inspired for this painting by Nojoqui Falls and its surroundings in Santa Barbara County. It is a long, thin waterfall in a box canyon that was sacred to the Chumash tribe. The waterfall is represented by the water streaming from the Yakshini’s ever-full pitcher.