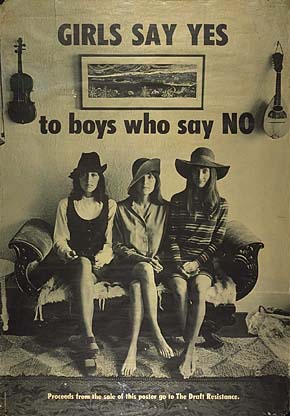 Improvement makes strait roads;
but the crooked roads without improvement are roads of genius.
—William Blake

March 25, 1962 Berkeley students were let out of school to attend the annual U.C. Berkeley Charter Day at the football stadium. President John F. Kennedy was to give a speech. It was the largest live audience Kennedy ever spoke to, 88,000 people. My mother took me and my brother, and the only seats we could find were high up in the bleachers behind him. I remember mostly watching the back of his head and his thick red hair. We saw his face when he walked to and from the podium. Charismatic, handsome, idealistic President Kennedy was beloved in a way we rarely feel about politicians. It was thrilling.

A year and a half later I was wilting in the factory farm of a public elementary school. By sixth grade I had endured three surgeries on my leg, and had become a sensitive and anxious child. My parents decided to send me to a private school with smaller, less overwhelming class sizes, where I could receive more attention from the teachers.

Walden Center School was the brainchild of a group of conscientious objectors imprisoned together during World War II. While in jail, they decided that after they got out they would found a school to nurture their future children’s freedom of thought and expression. They wanted to teach the values they most treasured: nonviolence, human rights, equality, creativity and the practically unknown concept of conservation of the environment. One of them would work for the Sierra Club after he got out, one of the earliest organizations with a mission to protect the wilderness.

Walden School had three primary goals:
To teach kids to be close to nature and respect nature
To emphasize the arts
To be in touch with the world

Denny Wilcher, one of the founders, was part of the group planning the radical new concept of listener-supported radio, which was realized as Pacifica radio station KPFA in Berkeley. There was an idea that a school would be created under the mantle of Pacifica. However, Walden was eventually established independently of the radio station. Another founder wanted to call the new school, ‘The Pacifist-Anarchist Day School.’ Instead, the name was taken from Henry David Thoreau’s book, to honor his civil disobedience and his love of nature.

One of the founders, David Koven told me, “Philosophically we wanted to create a sense of equality—we didn’t play games with the kids. We spent a year talking about it before we started it. We were never going to interfere with the kids and let them face it. The kids weren’t treated as second class citizens.”

Another founder, Audrey Goodfriend said, “Founding Walden was the most important thing I ever did in my life. I think this was true for almost everyone who started Walden. It was the non-authoritarian thing that structured Walden. That attitude was important. “

Walden’s teachers and parents were an eclectic group of pacifists, anarchists, liberals of various persuasions and degrees of radicalism, artists, dancers, musicians, filmmakers, environmentalists (before that was even a word), and at least one Theosophist.

I thrived. I soared. At last I was unshackled from the fetters of pledging allegiance to the flag, singing patriotic songs and even religious songs. Before prayers were banned from pubic schools when they were ruled unconstitutional in 1962, one teacher would lead us in singing, “Jesus Wants Me for a Sunbeam,” whether or not we were Christians. Walden School teachers wanted us to question government and religion, not blindly follow them.

My social conscience had been awakened when I was eleven, and checked out a big book that looked interesting from the school library. I was intrigued by its mysterious French name, Les Miserables, by Victor Hugo. I read it avidly. I was appalled by the social injustices described in the book. My heart started aching to right the terrible wrongs of the world. Such feelings were nurtured at Walden School.

At Walden I would no longer be assigned to read books exploring the relationship issues of Dick and Jane. There were no training wheels at Walden; we were treated as young people with capable, individual minds. The Language Arts (not “English”) teacher guided her small group of eager students through an assortment of literature and authors usually reserved for adults, such as de Maupassant, Thoreau, Emily Dickinson and Shakespeare. There was a two-hour modern dance class every day. We had music classes three times a week. A professional painter taught art in a large room where we could make as much of a mess as we needed to and helped each of us create whatever we wanted to create.

The students were taken on field trips to bring to life the things we studied in the classroom. In order to give us an experience of nature’s power and glory, a teacher took us to a beach on a wild, windy, rainy night to watch the ocean churning and hurling large waves on the shore. My class spent a week in Bishop, California exploring ancient Native American petroglyphs, and visiting the oldest trees on earth, the bristle cone pine trees. One another extended field trip we hiked to the Palisades Glacier, after having first studied glaciers and glacially-formed geography in our classroom. For a glorious week we traveled to Arizona, where we hiked down the Grand Canyon and visited a Hopi family and listened to the grandfather tell old tribal tales. I still have a small collection of Anasazi pottery shards I found in the desert where we had camped one night.

It was also at Walden, on a small monaural record player in the sixth grade classroom, that I heard Joan Baez’s voice for the first time. She was singing traditional folk songs in a way that no one had heard before: a virginal, heart-melting soprano voice emerging from a beautiful nineteen year-old girl accompanying herself on the guitar. In those early days, “Joanie” looked like an angel who had descended from some unique bohemian heaven. Her long black hair daringly cascaded loose and free down her back. She wore peasant blouses and dirndl skirts, and went bare-legged at a time when stockings were ubiquitous for women. Handmade sandals graced her feet. Joan’s arresting appearance came to define what a female folk singer should look like, and her anti-glamorous glamour was quickly emulated by the many who followed in her wake. Soon, to wear your hair long and unbound and to sport ethnic clothing and handcrafted sandals announced to the world that you were artistically, culturally and socially aware—just like Joan Baez. It showed that you were part of all the upright values that folk music stood for.

From that revelatory day in sixth grade, I bought each new Joan Baez album the day it hit Campus Records, the tiny, jam-packed record store attached to the Campus Smoke Shop on Telegraph Avenue. I played each record over and over until I had memorized every lyric and guitar lick. I worshipped her. I wanted to be just like Joanie. Heck, I wanted to be her: gorgeous, seemingly self-confident, fearless about expressing her beliefs and possessed of the voice of an angel. This was a common sentiment.

According to Dennis McNally, Jerry Garcia’s wife, who stayed at Baez’s house, declared, “I wanted to be nothing more than to be just exactly like her.”

I attended Baez’s every Berkeley and San Francisco appearance, each time waiting in line for hours to grab a front row seat. She had an astounding presence: one diminutive young woman with an acoustic guitar standing alone in the middle of a vast stage, often in front of thousands of people. She looked tiny and vulnerable, yet within minutes she would have every man, woman and child, from front row center to the farthest reaches of the second balcony enveloped in her boundless charisma, hanging on every lyric, laughing uproariously at every joke and cheering every political statement she uttered.

Although Joan always appeared to be very comfortable and intimate with her audiences, initially she seemed unaware of her intense personal power. However, once she claimed it she was an unstoppable force of nature. As she increasingly became a powerful and passionate voice for nonviolence, the anti-war movement and the Civil Rights movement, folk music itself became the theme music of such causes.

Just singing folk songs, even if they weren’t protest songs, showed your political leanings. Joan was a major catalyst, singing Elizabethan and Appalachian folk songs, then introducing protest songs into her repertoire. Eventually, Joan introduced her skinny, intense, seemingly introverted boyfriend, Bob Dylan, to the world at large. (At that Greek Theater concert, to the audience’s delight, Joan announced she would do “an imitation of Bob Dylan imitating me,” and delivered the first verse of the ballad, Mary Hamilton, in an over-the-top imitation of Dylan’s gruff twang.)

Joan arrived late to a concert I attended in 1964, rushing onto the gigantic stage of the outdoor Greek Theater in Berkeley to explain to legions of patient fans that she had just come from singing for the Free Speech Movement demonstrators while standing atop a police car holding demonstration leader Jack Weinberg. “The students won and I’m glad of it,” she proclaimed to jubilant applause.

Joan Baez used to bash rock ‘n roll with a wicked imitation of singers like Brenda Lee and Leslie Gore. Joan would sing in a goofy voice punctuated by bubble gum smacks. Much later on, Joan Baez revealed that she really loved rock ’n’ roll.
Ron Schaeffer, a videographer for Bill Graham’s organization told me, “We asked Joan Baez to perform at a benefit at Winterland. She said that she didn’t want to sing folk songs any more; she would only perform if she could sing with Joe Cocker. We agreed, and she did. On another occasion, I was filming a benefit concert in Los Angeles in which Baez had participated. After the concert, she was in the mood to party. I had the honor of having Joan Baez sit on my lap and sing “Sherry Baby” by The Four Seasons to me.”

Much later, when hippies had hatched and free love joined the other freedoms being sought—or simply claimed—Joan would daringly play against her virgin folk princess image by posing with her two gorgeous sisters in a fashionable mini-dress and rakish hat for a draft resistance poster, captioned “Girls Say Yes to Men Who Say No.” My admiration went through the roof. How totally, utterly, stratospherically cool! However, for the present, I was in the sixth grade. It would be awhile before civil rights and anti-war activists came to be considered sexy by mainstream America, possessing “radical chic,” the phrase coined by Tom Wolfe. In 1963, pacifists and other anti-warmongers were still being scorned and dismissed by political pundits as a tiny minority of earnest, frumpy kooks. For two wonderful years I lived and studied among these brave idealists at Walden Center School.